History of the Nine O'Clock Gun

Not far from the Georgia Street entrance of Vancouver’s Stanley Park rests the famous Nine O’Clock Gun. One of the city’s older monuments, this gun has watched Vancouver expand into the metropolis it is today.

Unlike so many landmarks that reach a point where they shift from an active member of the community to a retired piece of history, the Nine O’Clock Gun continues to not only be used but every once in a while make a few local headlines. From lightning strikes to kidnappings, few have lived like the Nine O’Clock Gun. So join us as we explore the exciting adventures of this historic artifact of Vancouver.

Going into specifics, the ‘gun’ is actually a cast-iron navy type, twelve pound, muzzle-loader cannon. Although it was cast in 1816 in England, it didn’t reach Vancouver’s shore until 1894. Its original purpose was for local fishermen to set their chronometers and warn them that the fishing day was coming to a close. Previously, a stick of dynamite had been used on a fishing-rod (a much-needed improvement - especially for whoever had to light the dynamite!).

The Nine O’Clock Gun continues to fire today; every evening at 9:00 pm. Additionally, it has been fired to signal the start of the New Year, the moment of silence in the Remembrance Day ceremony, and the end of WW2. The gun was also fired for the death of its oldest friend, Captain WD Jones, who had been tasked with firing the gun for many years. 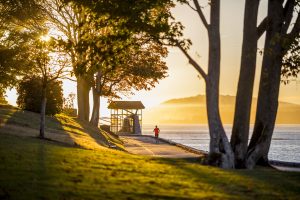 Throughout its life, there have been times when the gun has remained silent. First in 1936, when a defective firing cap needed replacing and secondly, during the entirety of the Second World War. Also, in 1956, the city paused all firings due to damage. It seems that after 50 years of active duty, the Nine O’Clock Gun required heavy repairs.

With the barrel appearing thin and worn, and a small hole noticed, repairs involved 100 pounds of bronze welded to the cannon’s surface. Had this not been successful, the gun would have needed to be replaced, and an important piece of Vancouver’s history would have been lost.

While time and age seem to affect the gun the most, it also once met the misfortune of a lightning strike, which delayed the firing by almost 2 hours. The result was a series of electric failures requiring repair. 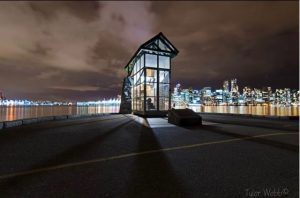 The Nine O’clock Gun has also seen its share of pranks by local hooligans. One reason for the metal cage that now surrounds the gun, is the various attempts to place large rocks inside the barrel. The first time this happened, the floating Chevron Gas Station in Vancouver’s harbour had to replace their damaged sign. The second time, rocks showered the decks of nearby boats.

The second reason for the cage and the most infamous prank was because, in 1969, the gun was discovered missing. Soon after came the ransom note reading:

DEAR SIR, AS YOU ARE PROBABLY AWARE THE 9:00 GUN HAS BEEN KIDNAPPED. IF THE CITY OF VANCOUVER WANTS IT BACK A PHOTO OF OUR MAYOR TOM CAMPBELL, OR A REASONABLE SUBSTITUTE SHOULD APPEAR IN THE VANCOUVER SUN ON TUESDAY DONATING A HUNDRED DOLLARS TO THE CHILDREN’S HOSPITAL.

The city never did donate the money, although community members actually raised $400 and donated themselves. Part of the reason for the lack of official city response was due to the timing of the kidnapping - around the same time as the start of the University of British Columbia's engineering week, a time where pranks occur annually. In the end, the gun was returned and no other kidnappings have occurred. 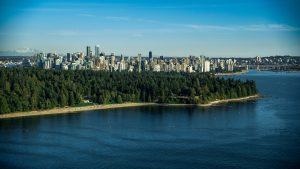 Whether you are a visitor that stays late to watch the firing or a local who uses the blast as a curfew warning, it is hard to imagine Vancouver life without the Nine O’Clock Gun.